Alcohol and Dementia: Critical Lessons from USA and South Africa 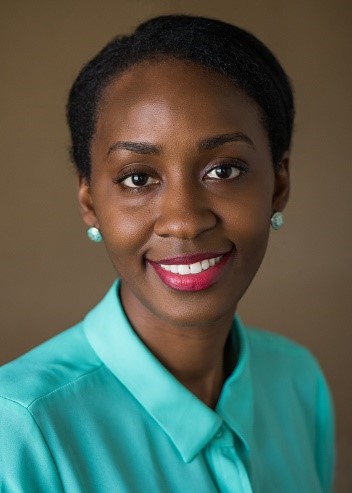 25 May Alcohol and Dementia: Critical Lessons from USA and South Africa

Posted at 15:00h in Uncategorized by Debra Feldman 0 Comments

As the experts in aging well, Aging Life Care Professionals® help families cope with and manage a variety of age-related challenges such as alcohol use and dementia.  To find a professional, visit the Aging Life Care Association’s “Find an Aging Life Care Expert” search at aginglifecare.org.  As part of National Aging Life Care Month, the following is a featured post from a guest expert in aging.

Studies have shown that excessive alcohol use can lead to many health problems such as dementia and cognitive decline, particularly among older people. While researchers are still learning about the link between drinking and dementia, it is important to act now to raise awareness of alcohol consumption as a risk factor. In recognition of National Aging Life Care Month, this post will explore the link between heavy drinking and dementia, as well compare and contrast alcohol consumption in the United States and South Africa, two countries that rank high among heavier-drinking nations. The goal is for aging professionals to explore how different cultures can prevent cognitive decline.

Alcohol-related dementia (ARD), a form of dementia caused by long-term, heavy drinking, leads to neurological damage and impaired cognitive function. Binge drinking typically occurs after four drinks for women and five drinks for men-in about two hours, according to the National Institute on Alcohol Abuse and Alcoholism. Despite steps to address dementia in South Africa, there is still no national plan that deals with the risks associated with alcohol use. The U.S. has several organizations, such as the Alzheimer’s Association, which provide interventions to reduce alcohol-related cognitive decline.

In 2015, the National Institute for Health and Care Excellence released recommendations for preventing or delaying the onset of health problems, including dementia. High on the list was the recommendation that people between the ages of 40 and 64 to “reduce the amount they drink as much as possible.” As dementia rates continue to increase in the U.S. and South Africa, it is important that aging professionals raise awareness of the causal relationship between heavy drinking and dementia.

Alzheimer’s disease (AD) is the most common cause of dementia and may contribute to 60 percent to 70 percent of cases. It is the sixth-leading cause of death in the U.S. and an estimated 5.5 million Americans currently suffer from AD. If current population trends continue, the number of people with Alzheimer’s disease will increase significantly, unless the disease can be effectively treated or prevented. Due to increases in longevity, dementia is one of the most common diseases among older people. It is also a leading cause of frailty, institutionalization and death; therefore it has a great impact on both the individual and society.

More than 2.2 million South Africans have Alzheimer’s, and many live with the stigma attached to the condition. The problem is especially acute in rural areas, where communities often think people with Alzheimer’s are ‘bewitched’ or are simply ‘acting out’. While there is no proven effective treatment nor much intervention, the consensus is that a lack of exercise, obesity and binge drinking all can increase the chance of getting Alzheimer’s.

Despite the incidence of dementia, physical activity and brain exercises have positive effects on the aging brain. Physical activity, such as brisk walking, increases the flow of oxygen to the brain. Brain exercises, such as learning a new sport or a foreign language, can set the brain cells into action and increase mental power. With studies now showing the link between heavy drinking and dementia, aging professionals in South Africa and the U.S. can discuss ways of raising awareness of aging and alcohol.

Increases in alcohol-related deaths and accidents have led to recent discussions to ban alcohol in countries and regions including Malawi and India.  Globally, about 3.3 million deaths were connected with alcohol consumption in 2012. Drinking accounted for 7.6 percent of deaths among males and 4.0 percent of deaths among females. Other statistics for South Africa and the U.S. only include:

While there is plenty of evidence that chronic alcoholism can cause serious damage to the brain, it would be wise to also emphasize and encourage the benefits of other healthy habits. Many studies state that regular exercise, no smoking, healthy diets, and little or moderate alcohol intake can help reduce the risk of dementia and other cognitive decline. These lessons, including further exploration of the causal relationship between heavy drinking and dementia, call for both nations to invest more in health and wellness.

About the author: Sophie Okolo is an associate with the Milken Institute Center for the Future of Aging, where she focuses on enhancing the center’s healthy aging portfolio through producing research, writing editorials, convening experts, and partnering with national organizations. She works to increase awareness and support for scientific and social advancements in prevention and wellness and to spread innovative health solutions to diverse communities. Her professional interests include improving the quality of life for older people around the world and increasing awareness of preventive health care. Okolo holds a B.S. in bioinformatics from Ramapo College and an M.P.H. with a focus in community health and gerontology from Armstrong Atlantic State University.

This blog is for informational purposes only and does not constitute, nor is it intended to be a substitute for, professional advice, diagnosis, or treatment. Information on this blog does not necessarily reflect official positions of the Aging Life Care Association® and is provided “as is” without warranty. Always consult with a qualified professional with any particular questions you may have regarding your or a family member’s needs.